Home  ::  Info  ::  Spiritual meeting place at the heart of the city 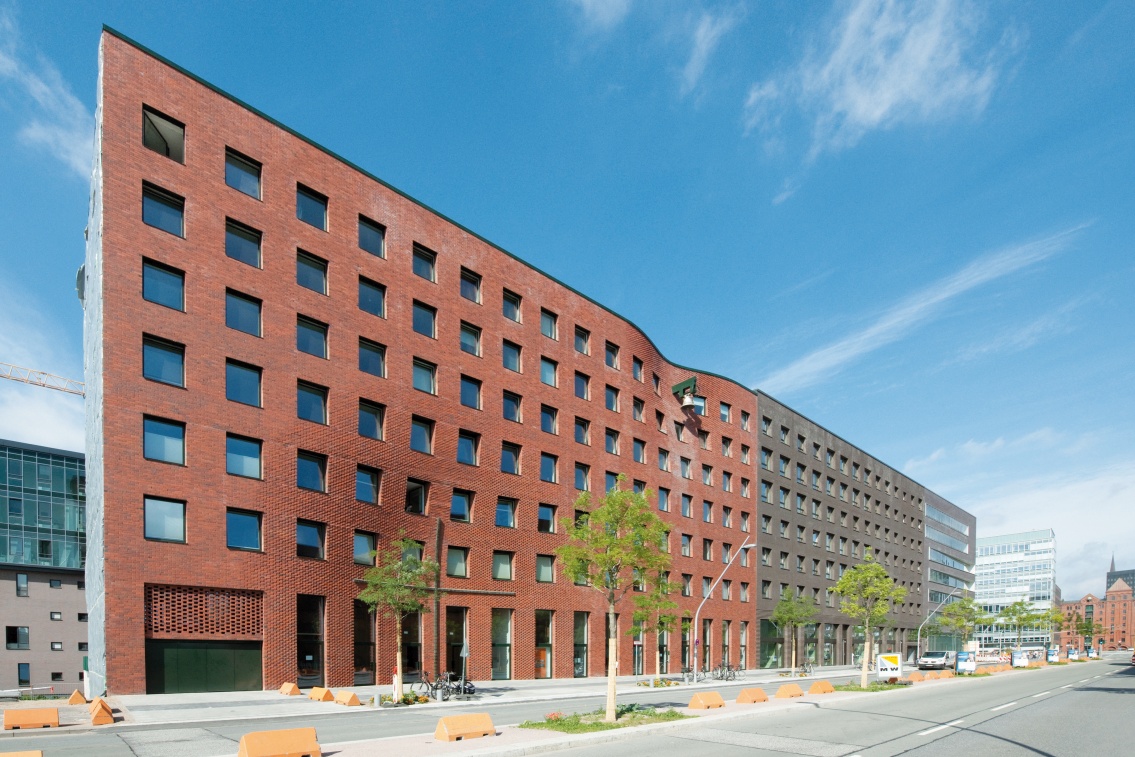 Spiritual meeting place at the heart of the city

The HafenCity, located close to Hamburg’s city centre, is one of the biggest construction projects in Europe. The newly developed city district recently acquired its own church: the HafenCity Ecumenical Forum. Nineteen churches from Hamburg have come together to create a centrally located venue in which to pray, live and pause to reflect. The building was designed by architectural firm Wandel Hoefer Lorch from Saarbrücken. The brick building catches the eye due to its façade with two concave indentations on the front and a convex protrusion on the back. These serve to mark out the chapel, the religious part of this multi-purpose building. In order to ensure barrier-free access to the chapel and to the café whilst protecting the building fabric against the effects of precipitation, drainage channels made by Richard Brink GmbH & Co. KG were installed at the floor-length windows and doors. The custom-made drainage channels are adapted specifically to the reveal depth of the windows and doors, adding to the harmonious appearance.

Nineteen churches in Hamburg make up the Brücke - Ökumenisches Forum HafenCity association, the operator of the new building in the Elbtor quarter. The project client is real estate developer Shanghaiallee HafenCity, which was set up by the Northelbian Evangelical Lutheran Church and the dioceses of Hamburg East and Hamburg West/Südholstein. The gross floor area of 6,400 square meters, spread over seven storeys, contains a chapel, the ElbFaire café, the ecumenical community and the Laurentius convent as well as offices and function rooms. Following construction work lasting approximately two years, the new building was officially opened in June 2012. The project is the only one of its kind in the country to date. Members of Catholic and evangelical churches, free churches such as Baptists or Mennonites, as well as communities from the Orthodox and Anglican churches have come together with the aim of living out their faith together. Each of the 19 churches represented here has incorporated a psalm, an image or another symbol of their faith into the brick wall of the chancel in the approximately 90 square metre chapel. An icon from the Orthodox church and a relic from the Catholic church were also incorporated into the wall.

The competition to design the Ecumenical Forum HafenCity was won by architectural firm Wandel Hoefer Lorch from Saarbrücken. The architects had already designed other religious buildings such as the new synagogue in Dresden. ‘The Ecumenical Forum is not a church in the traditional sense, but rather demands a new approach which combines two different typologies: on the one hand it is a city building that must fit seamlessly into the urban context and the block development of the HafenCity; on the other it is a religious building with its own character, and thus creates a particular urban accent,’ says Florian Götze, an architect at Wandel Hoefer Lorch. The religious area is visually marked out by the indentations and bulges in the façade. Christian symbols such as a cross made of green glazed clinker bricks and a bell have also been integrated into the façade. Taking their cue from the façade design of the surrounding buildings in clinker brick, the architects decided to implement the same traditional and durable material in the façade of the Ecumenical Forum. The undulations in the façade are deliberately offset and create a pattern of shadows that changes according to the cycle of the days and seasons.

Whilst the ecumenical community resides on the upper floors, the ground floor is a busy public area with its entrance foyer, café and chapel. In order to make the reception area welcoming, the architects marked out the entrance to the chapel with a portal-style indentation in the façade. ‘Barrier-free access is appropriate to the spiritual mission of this project. The new building does not tower over visitors; instead it draws them in. This is further communicated by the curve towards the interior of the building,’ says construction foreman Jan Dieterich.

In order to ensure proper drainage for the building, a discreet drainage channel adapted to the reveal depth of the windows was necessary. A total length of 50 metres of drainage channels with 20 x 3 mm bar gratings manufactured by Richard Brink GmbH & Co. KG were fitted to the floor-length windows and doors with their low connection heights. ‘Every drainage channels had to be custom-made because of the undulating façade. Using longitudinal bar gratings was a professional solution to the geometrically and constructionally challenging task. The channel fits flush to the front edge of the brick and thus adds significant relevance to the entrance,’ says Florian Götze. The precisely-fitting channels were cut to size on site by Pennekamp & Bisping GmbH & Co. KG from Harsewinkel. In order to reinforce the effectiveness of the drainage channels, they were fitted into gravel, allowing the rainwater to soak away into the ground.

Meeting places for residents and guests

At the back of the building an open-plan inner courtyard with an outdoor terrace provides seating for residents and visitors to the ElbFaire café. The green area with playground and terrace is located over the building’s underground car park. In order to avoid precipitation building up on the concrete block terrace, the drainage channels were supplemented by two Hydra dewatering gullies from Richard Brink GmbH & Co. KG. These reliably drain away larger quantities of precipitation within a short time frame.

On the upper levels of the building a total of 26 apartments, each comprising between 30 and 130 square metres, house the ecumenical community. Additional communal rooms and a 300 square metre roof terrace also provide meeting areas for the residents. The apartments have recessed balconies overlooking the courtyard. These are fitted with wooden panels or slabs, creating a 10cm thick floor surface. In order to protect the entrance to the living area against precipitation, in addition to the permeable flooring, hot-dip galvanised drainage gratings with round perforations from Richard Brink were fitted around the edges of the balconies.