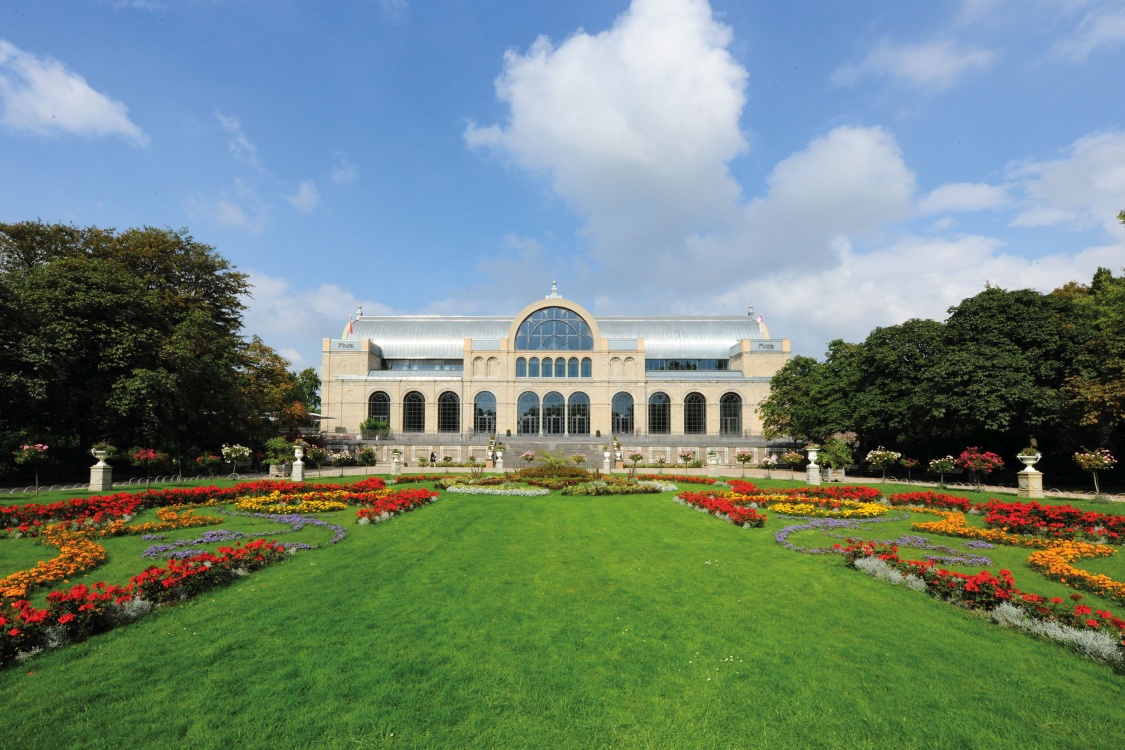 Special measurements for a special building

Past and present, tradition and modernity are combined in Flora, the main building and centrepiece of the Botanical Garden in Cologne. Following the general renovation and restoration of the building, first opened in 1864, KölnKongress GmbH has once again had this grand palace at its disposal to host a whole range of events since June 2014. As part of a public tender process hosted by the City of Cologne, Stuttgart architectural firm K+H Architekten und Generalplaner GmbH was awarded the contract to plan the reconstruction and renovation of this listed building. The architects’ reconstruction work succeeded in restoring Flora to its original glory, whilst also adding a modern extension, reflecting the building’s exciting history. In order to ensure any falling precipitation is drained away, thus protecting the building in the long term, employees from Münster-based Benning GmbH & Co. KG were enlisted to install drainage and dewatering systems provided by Richard Brink. The channels, made from high-quality stainless steel, were used in front of the entrance, on the base of the building and on a roof terrace. The metal goods manufacturer designed and supplied numerous custom products to ensure that the dewatering solutions were perfectly suited to the building’s overall appearance.

Flora was built in Cologne in the 1860s as a magnificent glass palace with a palm house. The design of the original building was inspired by the architecture of London’s Crystal Palace, as well as the Jardin d’Hiver in Paris. It incorporates Arabic and Moorish design elements, Renaissance features and Roman round arches. During the Second World War, Flora and the entire 11.5 ha of surrounding gardens were almost completely destroyed. Both were then restored and renovated over the course of the decades that followed. However, due to severe structural defects, events were no longer held on the premises after May 2009. In order to preserve the listed building, Cologne’s city authorities, as the building’s owners, tendered for general renovation work to be carried out in 2011. Reconstruction work began the same year with an overall budget of around 39 million euros.

The aim of the renovation was to reconstruct the cruciform arched roof and to extend the historical contours of the building. Following the repair work, Flora, with its elegant ballroom, was intended to serve as a grand event venue for KölnKongress GmbH. Furthermore, extensions and auxiliary buildings were rebuilt, the rooms rearranged and a hitherto non-existent basement level added. Although the planners had the building completely gutted, leaving only three façades remaining, they were able to adopt the old building’s original form during the reconstruction. This was possible thanks to the modern materials used, which while in keeping with the original character, also fulfil current structural requirements.

The drainage and dewatering systems used in the outdoor areas also fit with the new construction. In the entrance area at the intersection of Flora and the Botanical Garden, employees from Benning installed slotted channels from Richard Brink GmbH & Co. KG. The Lamina slotted drainage channel, made from 1.5 mm stainless steel, ensures reliable line drainage in front of the stairways leading up to the base of the building. The channel, with a height of 110 mm and a collar height of 50 mm, was specially manufactured by Richard Brink. The custom measurements, plus a slot width of 10 mm, mean the channels fit perfectly in the square at the main entrance.

The renovation experts installed Stabile dewatering and drainage channels on the platform facing the French baroque garden. These channels ensure that falling rainwater is safely drained away from the façade and from in front of the numerous entrances. Precipitation accumulating on the roof surface is drained via downpipes and gully inlets into dewatering channels with an inlet width of 150mm. These dewatering channels flow out into a drainage system that runs around the entire courtyard surface at the base of the building. Along with water from the roof surface, these drainage channels also collect the rainwater from the courtyard surface. In order to protect the base of the building and the new basement floor contained within from water ingress, the entire courtyard area is equipped with protective layers. In this way, even water that penetrates the paved surfaces is guided straight into the drainage channels via the gravel layer beneath. Specially manufactured 7 x 7 mm stainless steel longitudinal bar gratings were used to cover all drainage and dewatering channels. The linear design gratings lend a modern architectural feel. With their timeless aesthetics, they also fit beautifully with the natural stone façade in this historical setting. Drainage channels from Richard Brink were also used in the terraced area belonging to the restaurant on the building’s western side. They also form part of the accessibility system which allows visitors with limited mobility full access to Flora.

Drainage channels are used for dewatering on the roof terrace on the northern side. In front of the terrace doors leading to the domed hall, the workers installed Stabile channels with an inlet width of 150mm. The custom-made products also fit into the overall design here. The channels blend in with the grey reveals and the rose windows, which are printed with a design resembling the ornaments of the original windows.

By combining original elements from the late nineteenth century with modern materials, Flora Köln has once again become an exclusive event venue, just in time to celebrate two anniversaries, with 2014 marking Flora’s 150th anniversary and the Botanical Garden’s 100th. The ballroom, foyer and roof lounge provide just the right ambiance for a celebration for up to 2000 guests. ‘So far we have received extremely positive feedback on the renovations from the people of Cologne,’ reports Dominik Sälzer from KölnKongress GmbH’s events service. The building is state-of-the-art in terms of energy and building technology, meaning it complies with modern requirements. The high-quality products ensure that this magnificent building can continue to be used in the long term.