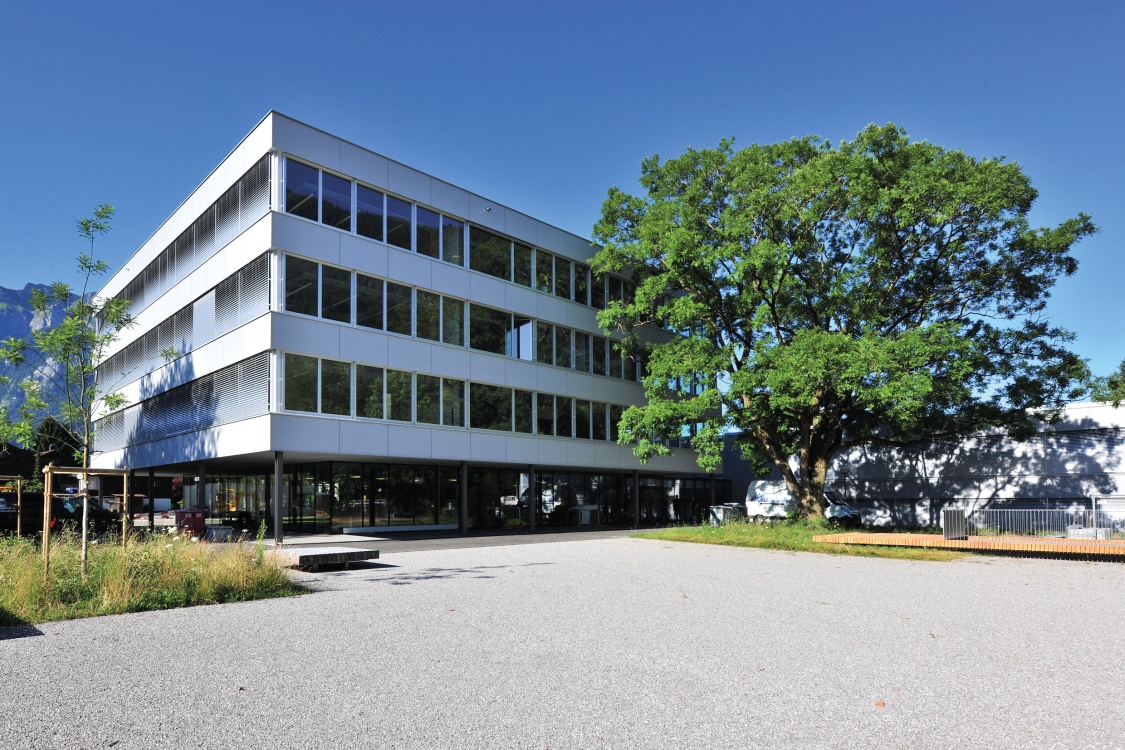 A rooftop system for a building’s own energy generation – for many companies, infrastructural facilities and private homes, solar modules represent an extremely economical solution that is also environmentally friendly. To get the most out of the system, the photovoltaic installation has to be stable and efficiently aligned. This is made possible by special solar substructures, for example, from Richard Brink. The metal products manufacturer produces its Miralux elements in different alignments so they can be set up based on how the sun passes over the building. Several Swiss projects demonstrate how the solar substructures ensure the optimal setup of photovoltaic systems, from a school roof to a logistics centre and even a fruit warehouse.

The Swiss Federal Office of Energy (SFOE) publishes a ‘Swiss renewable energy statistics’ report every year. According to this report, electricity production from solar energy rose from 3,000 to 4,000 TJ (terajoules) between 2014 and 2015 alone. A growing part of this production comes from energy generation using photovoltaic systems. An increasing number of homeowners and companies are choosing to install solar modules on their roofs. The electricity produced is used directly for their own energy needs, while surplus electricity can be fed into the public grid.

Installing photovoltaic systems on roofs is a particularly good option for existing buildings. If a roof is flat with a very small pitch, special substructures are required in order to compensate for this. Systems need to be optimally aligned in order to achieve maximum energy generation for the building. The supports should also provide a secure mount and rear ventilation for the solar modules.

The solar substructures from Richard Brink GmbH & Co. KG meet these requirements. The sheet steel Miralux products with Magnelis® coating are able to withstand weather influences. Thanks to their favourable flow behaviour, they can even hold up against exposure to high wind speeds. The elements are easy to install; they are designed in a way that allows them to be transported compactly and handled with ease once on site. They can be form-fitted to each other and securely connected thanks to their ‘plug-in and fold’ mechanism. In just a few easy steps, installers can lock the supports into place. The width of the stand elements and their weight are based on the dimensions of the selected solar modules. Integrated channels allow for proper cabling. Compared to conventional systems, the Miralux substructures reduce distributed load by up to 75%.

A school with a regenerative demand

The solar substructures from Richard Brink are available in different alignments. This has helped secondary school ‘Gymnasium Interlaken’ to use renewable energy. The Office of Land and Buildings for the Canton of Bern invested in the overall renovation of the school to improve its energy efficiency. The three-stage project also included installing a photovoltaic system. Employees of elentec GmbH from Langnau im Emmental installed solar modules on a total of three roof surfaces measuring 470 and 950m2. The system they installed uses SolarEdge technology, whereby electricity production is optimised by varying the voltage of each individual module. This approach results in an increased yield as opposed to conventionally connected systems. The system achieves a nominal output of 118.30 kWp (kilowatt peak) and is run on a self-consumption model where surplus electricity is fed into the public grid. As a result, the building produces its own ‘green’ electricity as well as meeting other needs. A cost-optimised solution was needed to mount the system. Type 3 Miralux substructures from Richard Brink were used. These substructures allowed the installers to set up the cells at a 15° angle facing east and west.

An increasing number of companies are also using their flat roofs for energy generation from the sun. The company SOLVATEC, based in Basel, set up the largest solar station in the Illnau-Effretikon district on the roof of logistics company Lagerhaus Langhag AG. A total nominal output of 293.73 kWp was achieved with the photovoltaic system. As such, the solar power unit is the largest to be equipped with CIS thin-film technology in Switzerland. Type 3 Miralux substructures are used to align the modules to face east and west in equal measure. Thanks to the use of CIS technology and the ideal alignment of the structure, an additional yield of 10% per installed output is expected. In total, workers installed 1,778 solar modules, which achieve an annual electricity yield of 311,000 kWh (kilowatt hours) according to Meteonorm, a widely used solar radiation data source in the solar energy industry. This means an annual reduction of around 170 tonnes of CO2 emissions per year. The electricity produced is fed into the local grid and covers the energy requirement for more than 60 average households.

The fenaco Group operates a fruit warehouse in Sursee, where agricultural products such as apples, pears, cherries, plums and berries are stored. SOLVATEC installed solar modules on the building roofs across an area of 3,252m2. These modules achieve an annual total output of 480,600 kWh. The total nominal output is 485.28 kWp. The installers used the Miralux systems from the metal products manufacturer from Schloß Holte-Stukenbrock to set up the modules on the flat roofs of the fruit warehouse. The elements face east and west at a 15° angle. The individual modules are positioned at distances of 10mm using the substructures. The stands were able to be installed on the EPDM sealing sheeting laid out on the roofs without penetrating the roof cladding. The flat roofs were then partially covered with gravel fill.

Thanks to the simple mechanisms of the solar substructures, the photovoltaic systems were able to be installed quickly by a small workforce. The time saving contributes to the cost-benefit ratio of the investments. Operators also benefit from optimal energy yield with a sustainable future.