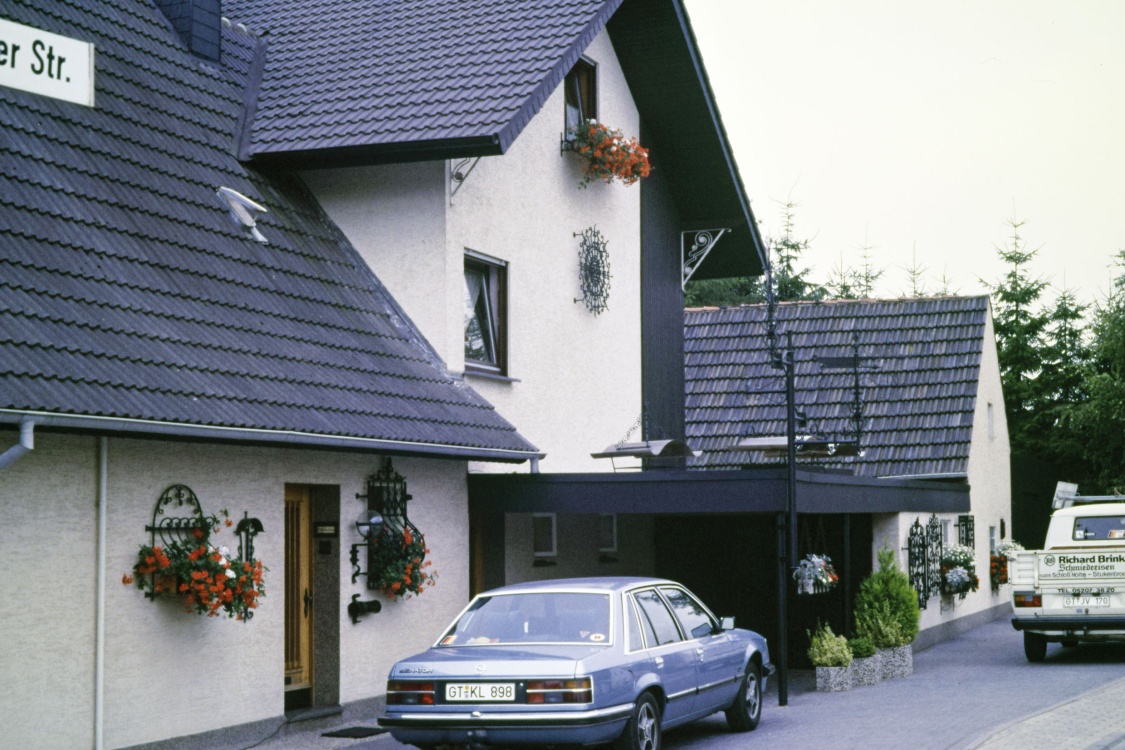 The seat belt requirement had just been introduced in Germany, Steve Jobs and Steve Wozniak founded Apple, and the band ABBA was taking over the disco dance floors with their hit Dancing Queen – in 1976 one thing was clear: there was change in the air. It was the very same year that Richard Brink and his wife Annegret decided to start a smithery in their garage. ‘Our parents saw that their friends and family needed products like wrought iron that they couldn’t get in the usual shops,’ the Managing Directors Matthias, Sebastian and Stefan Brink recount from the stories of their father. In addition to ornamental products, elements requiring craftsmanship used in building projects, like chimney caps, were the first things the fledgling company sold. What was special about this company was that while other companies manufactured standard products for the mass market, Richard Brink started with custom-made items – the complete opposite of the usual journey a product takes. This characteristic set the company apart and also became the foundation stone of the company as we know it today, Richard Brink GmbH & Co. KG. This year the company is celebrating its 40th anniversary.

Roofers and carpenters were the first professional groups Richard Brink supplied – 40 years later, the company’s customer base has expanded to include gardeners and landscapers, tilers, civil engineers, gas/water installers and many other professions. In 1987 the company moved its premises to a hired industrial hall, and the first employees got to work – the business was finally underway with more than just two people keeping it running.

With the growth of the company’s customer base and workforce, its product range also became more extensive. Edge pieces, gravel stops, drainage channels and gullies joined the catalogue and made the first big construction milestone possible. More production halls and warehouses were added in the 1990s; the company built a hall in 2013 with a production area of around 2,000m2, and this anniversary year, another hall complex will provide more than 2,400m2 of space. ‘This ensures that standard products are held in reserve as warehouse goods and can be delivered to customers within one day,’ Matthias Brink explains. In order to consolidate the future management of the company in one place, the brothers are planning a five-storey cube for offices on the company plot. Once completed, the glass tower is likely to be the tallest building in town.

In 2016 Richard Brink GmbH & Co. KG added another material to its portfolio: the Fortis concrete channel is now in use in the field of heavy-duty drainage. Compared to concrete channels from other manufacturers, the Fortis channel is significantly lighter, making storage, transport and installation easier. Sister company Brink Systembau specialises in trade fair and exhibition construction, including the custom-made, large-scale LED poster displays that expand the company’s product range even further. The poster displays, like all of the trade fair construction products, were developed as a result of Richard Brink’s own needs: ‘We regularly attend trade fairs,’ Sebastian Brink explains, ‘and we needed something that would grab the attention, draw people in to our products even from a distance.’ Thanks to its custom dimensions in different sizes, the LED poster display can be adapted to business rooms or entrances and is also used by customers in the private sector.

The drive to keep pushing forward still clearly runs in the company’s blood even 40 years after its founding. New buildings, new products and expansion into new areas of the construction sector characterise the proactive approach taken by Richard Brink when it comes to its business activities. The company philosophy ‘We don't sell anything we would not buy ourselves’ has not lost any of its potency. The next big event to be celebrated by company management and employees is the inauguration of an additional production hall. ‘The new hall will open in November,’ Stefan Brink happily announces. ‘We’ve already put the sparkling wine on ice.’